Why This Is Not Optimal Fetal Positioning

Spinning Babies® is a paradigm of physiological release rather than mechanical. In this way, Spinning Babies® extends the concepts of Optimal Fetal Positioning™ (OFP), which was a recent, break-through concept in childbirth education. See more in What is Spinning Babies?

Jean did make the provocative point that birth seems to go easier when baby comes down from the left. This is due to a natural shape (called right obliquity) of the uterus to be rounder on the left and steeper on the right. The effect is that babies from the left are more likely to be curled to aim the crown of the head into the pelvis. The baby from the right may rotate to the posterior in labor due to the steep side extending the back and pointing the top of baby’s head into the pelvis. I agree that this is likely to be true and even if it isn’t always true, it follows enough to be a critical skill for providers to be able to track fetal position and what to help make rotation from either side easier for baby.

Two facts will help you to understand why fetal position is important: 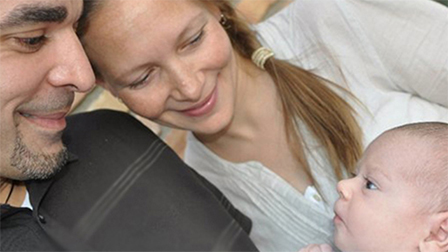